Two weeks ago I gave a lightning talk at Caphyon on hoisting in JavaScript. Putting aside all the common jokes about the JS language, people really seemed to like it. It was kind of a challenge to talk about JS while having an audience of C++ and Java colleagues.

Now getting back to the talk, that was lightning ⚡️ fast and it didn’t covered that much as I would’ve liked to. So I’ll try to write a bit more on JavaScript scoping and hoisting bellow. 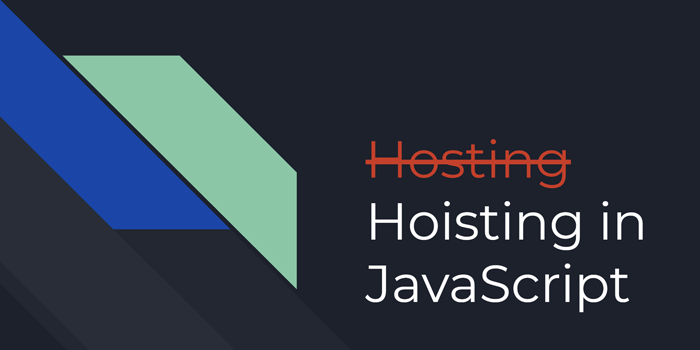 On the clickbait talk title, that’s actually a true story. Last time I mentioned the hoisting term into an article of mine, I remember that a friend read it and told me I had a typo in the article.

So what’s hoisting in JavaScript? The short answer is that, conceptually, variable and function declarations are moved/hoisted to the top of their scope before code execution.

When declaring a variable, only its name gets hoisted.

Here’s how the above is interpreted, thus undefined.

Unlike var, a function declaration hoists its actual definition too.

Here’s how the above is interpreted, thus “Hello world”:

The variable name gets hoisted, but not the function assignment.

Here’s how the above is interpreted, thus hello is not a function:

On ES6 and later

The hoisting behavior isn’t something that applies to latest ECMAScript gems:

Last but not least

Here are the slides, just in case.