I was working on enhancing a bit my responsive dropdown menu by adding the CSS :focus-within pseudo-class in order to tab through the dropdown menu items.

To avoid duplication, I thought it is a smart move to group this new fancy CSS :focus-within pseudo-class with an existing selector. It was beautiful and it looked a lot like a progressive enhancement but in the end, it broke the entire CSS rule within browsers that do not support the CSS :focus-within, e.g. IE. 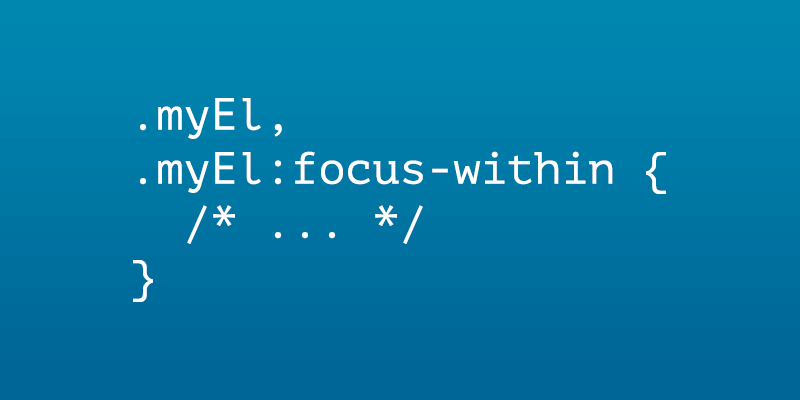 Here’s the GitHub commit in question, the :focus-within pseudo-class doesn’t work on IE, as the above CanIUse chart shows, thus the below CSS rule gets invalidated entirely according to W3C specs.

If just one of these selectors were invalid, the entire group of selectors would be invalid.

I learned the lesson, fixed the CSS selectors and wrote this down. Also, you might like the article I wrote on how to visually validate an input field using :placeholder-shown and :focus-within.